Invisalign® near The Colony, TX 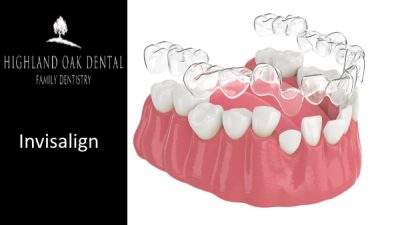 For many people, Invisalign has become a solution to many of their dental issues, and for others, it is a healthy way to get that beautiful smile they have always wanted. You can also achieve a straighter smile with a series of clear, low-cost, custom aligners. At Highland Oak Dental, Dr. Shiney George, an Invisalign provider in The Colony can give you a free In-person consultation to discuss if Invisalign is right for you.

Invisalign® is a series of clear, removable aligners that can correct your orthodontic problems by shifting your teeth into position gradually. You’ll wear one set of aligners for around two weeks before switching to the next pair in the series until your teeth are perfectly aligned. Invisalign is intended to fix underbites, crossbites, overbites, irregularly spaced or crowded teeth, and is similar to traditional braces but practically invisible.

Why should I go with Invisalign® treatment at Highland Oak Dental The Colony?

There are a lot of reasons why you should choose Invisalign® Clear Aligners to straighten your smile but here are some of the top benefits:

Can Invisalign fix my misaligned bite?

If you’re a teen or adult who wants a healthier looking smile without having to wear braces and are committed to the process, Invisalign is right for you. Invisalign can correct the following issues:

Keep in mind that if you have a condition that requires surgery to correct, Invisalign might not be right for you, but make sure you talk to your dentist before jumping to conclusions.

Why choose Dr. Shiney George DDS for Invisalign near The Colony?

If you’re looking for Invisalign Aligners in The Colony, Texas, Highland Oak Dental is your best bet and here’s why.

In order to provide you with the best results, our state-of-the-art facility has modern equipment like, 3D imaging software which allows our team to make clear aligners precisely based on your orthodontic needs. After Dr. Shiney George DDS reviews your scans, your treatment plan will be made to help you achieve the beautiful, straight smile you have wanted.

As an Invisalign provider Dr. Shiney George DDS has assisted many patients achieve their desired smile and can help you too. Our Invisalign treatment is low cost and is tailored to fit your busy schedule and your budget.

Invisalign is a clear plastic that is made to fit perfectly around your teeth, making them barely noticeable, and after your treatment your teeth will look amazing. Look at these pictures of some of our patients’ smiles in The Colony, Texas.

Here’s what you will get in our all-inclusive Invisalign treatment plan:

What does the Invisalign process involve at Highland Oak Dental near The Colony?

The process for the Invisalign treatment at Highland Oak Dental will take an average of 10 to 18 months to achieve the smile you want. This is what you can expect, but it can be different based on your orthodontic needs.

The First step is a free consultation to determine if Invisalign can address your orthodontic needs. If Invisalign is right for you, a dental assistant will take 3D pictures of your teeth. Next Dr. Shiney George will look at what the placement of your teeth is now, and what they will look like after the treatment. She will create a plan that lays out the precise treatment that you will need to follow to get the desired results.

Your unique aligners will be made once the computer generates the 3D molds and your treatment plan is sent to the lab. Once they are completed, schedule a time to get them and check if they fit.

After that, you will have to wear the aligners for a minimum of 20 hours a day, switching to new aligners every couple of weeks. You will have to visit the dentist every 8 to 12 weeks. While wearing the Invisalign aligners, your teeth should gradually shift into position. When the Invisalign treatment is over, you will wear a retainer to keep your new, beautiful smile.

Life with Invisalign aligners isn’t that much different than normal and is manageable, millions of adults and teens have successfully used it with minimal interference in their lives. Invisalign aligners are clear, so they are barely visible, and comfortable, so you can wear them for 20 or more hours per day. Here are some things you should do to take care of your clear aligners and your teeth while you wear them.

You should wear your Invisalign aligners for at least 20 hours per day. Remove them if you eat or drink anything other than water.

Brush frequently to ensure that your teeth are clean before putting on the aligners. Brush after every meal and snack, as well as in the morning and before bed.

Keep your clear aligners secure – When not in use, keep your Invisalign aligners in their case. This will prevent them from getting dirty, being thrown away, or getting misplaced by a pet.

Wash, brush, and rinse your aligners frequently to keep them fresh and free of bacteria that could cause odors.

How Much Time Does Invisalign® Treatment Take?

Invisalign® treatment takes an average of 10 to 18 months to achieve the best results, but it really depends on your specific orthodontic needs and what you want to achieve for your smile. It will also depend on your commitment to wearing the aligners as often as recommended.

Are There Alternatives to Invisalign® Aligners?

An alternative to Invisalign aligners is porcelain veneers, which restore the teeth by covering the front. They are best for people with moderate misalignment, and they hide gaps and spaces in your teeth. The good thing about veneers is that they don’t require ongoing orthodontic treatment. Dr. Shiney George will discuss your options during the consultation.

How Much Do Invisalign® Aligners Cost?

The average cost for Invisalign aligners ranges between $3000 and $7000. Exact cost depends on your treatment plan. Invisalign costs can differ for each patient and can depend primarily on two things. First, the difficulty of the orthodontic issues that are being treated. Secondly, the number of aligners needed to get the best results possible.

The cost of invisalign is partially covered by insurance most times. Our Treatment Coordinator can help you find out.

Are there special Invisalign® aligners for Teens in the The Colony community?

Yes, Invisalign® aligners for Teens are perfectly tailored to straighten teeth and fix issues such as malocclusions and overbites in teens and tweens. They are convenient to use, comfortable, and custom made to fit perfectly around your teeth, so they are nearly invisible.

It is ideal to find an Invisalign dentist who is conveniently located near your home, school, or workplace. It is also just as important to find a dentist that you are comfortable with and who has a solid track record. You can check the patient reviews and ratings to find out. It is important that you request before and after photos of your Invisalign treatment.

The Colony is a city located in Denton County, TX and is home to over 36,328 residents as of 2010. As a suburb of Dallas, The Colony is rich in scenic views of the Lewisville Lake, acres of wildlife, and several outdoor activities like fishing, hiking, cycling, camping, swimming, boating, and picnicking. The Colony is also home to numerous exceptional golf courses such as The Tribute, The Old American, and Stewart Peninsula. The City also houses big amenities like an advanced art athletic complex called The Colony Five Star and the Blue Sky Sports Center which is a 43,000 sq ft indoor soccer facility. Due to it being a host of many local athletic leagues as well as regional, state, and national competitions, The Colony has ranked 1st place in the “Sportstown for the State of Texas” by Sports Illustrated Magazine and the National Parks and Recreation Association.

The Colony is also home to one of the highest acres of parks per capita (about 3,000 acres) in Texas and the Nebraska Furniture Mart of Texas – the biggest home furnishings retail and warehouse growth in the country. The Hawaiian Falls, a popular family-friendly water park, can also be found in the area as well as the Topgolf – The Colony.

Due to the City’s high education, well-maintained parks, tree-lined streets, abundance in nature, friendly neighborhood, and special community events, The Colony has been designated as a Tree City USA as well as a Playful City USA. Not only that but it is also just 35 minutes away from Downtown Dallas.

History of The Colony, TX

The Colony derives its name from the original Peters Colony. The Peters Colony headquarters was located within the current boundaries of The Colony in the historical community of Stewartsville and the site of the Hedgcoxe War. The Colony is also the site of Bridges Settlement (established during the years of the Republic of Texas and the oldest community in Denton County), Stewarts Creek, Rector, Stoverville and Camey, also known as Camey Spur.

One of the oldest portions of The Colony is Bridges Cemetery, established in 1857 on land owned by the Bridges family, is found on Morningstar Lane. The cemetery gates stand closed to the public except during certain dates when it is open to visitors by the local history committee.

The Colony did not exist before 1973, when home developers Fox and Jacobs (which became part of Centex) purchased 3,000 acres (1,200 ha) located around State Highway 121 and Farm to Market Road 423. The name “The Colony” was chosen by Fox and Jacobs because they wanted its new development to share a sense of kinship with Texas’ early history and “to create a living monument to the spirit and courage of the Peters Colonists … those men and women who braved considerable hardships to begin new lives, in new homes, on new land.” They planned the development to be a new “dream city” consisting primarily of single-family homes grouped as a “colony” and based on the city of Dallas’ infrastructure specifications. In 1973, Fox and Jacobs negotiated an agreement with the city of Frisco to begin construction in its extraterritorial jurisdiction. In 1974, street construction began with many streets being named after early settlers and members of the construction crews. The first model homes were completed in August 1974 and the first families moved into their homes in October that year. The homes were served for water services by The Colony Municipal Utility District formed in 1974, electricity via Texas Power and Light, cable television via Lakeside CATV and telephone service via Southwestern Bell.

In 1977, the homeowners associations’ petition to disannex the development from the city of Frisco’s extraterritorial jurisdiction was approved. The Colony voted to become an incorporated city in January 1977 and became a Home Rule City in 1979. Residents of The Colony participated in two polls to select a name for the new city. Both polls chose the name “The Colony” and the name was ratified by the City Council in May 1977. In 1987, The Colony voted to merge with the small lakeside community of Eastvale. 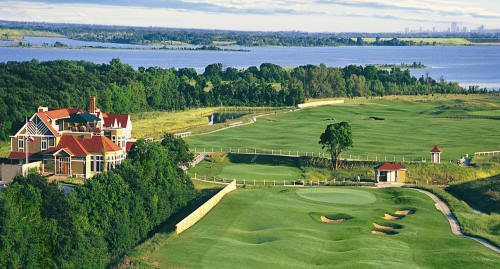 FAQs about Invisalign Aligners Near You

What Are Invisalign Aligners Made of and What Do They Look Like?

Invisalign® aligners are made of a flexible, thermoplastic material called SmartTrack, which was created just for Invisalign treatment. The aligners completely encase the your teeth and are designed to be nearly invisible. They are slightly textured, and the scalloped gumline makes them even less noticeable.

Can I go to any dentist or Invisalign provider near me for treatment?