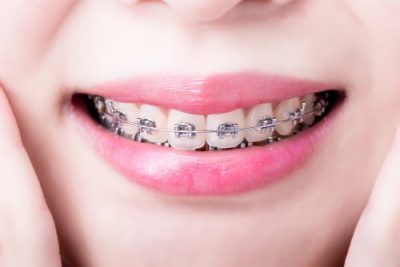 Traditional Metal Braces are the best treatment to correct even the most severe cases of crowded, crooked, and misaligned teeth. Highland Oak Dental offers Texas Metal Braces to provide our neighbors with beautiful teeth regardless of the budget. Schedule an appointment and find out if this treatment option is for you.

Content: What are they? | How much it costs? | FAQs

What are Metallic Braces?

Metal braces have metal brackets and wires and it is what most people think when they hear the word “braces”. It is the most effective at treating even the most extreme teeth alignment and overcrowding problems.

Traditional metal braces are made of metal, usually, medical-grade stainless steel or titanium alloys as these types of material are durable and can resist corrosion. Metal braces consist of the following components: 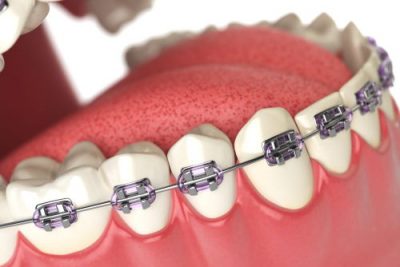 The cost of metal braces will depend on where you live, the type of materials used, and many other factors. You can expect to pay between $3,000 to 7,000. There are other factors that can affect the cost such as if your insurance provider accepts orthodontic treatment, diagnostic tests, imaging, x-ray, and any other necessary treatment that will increase the cost.

For most patients, the best benefit of having braces is having to look better and be more confident when they speak or smile. However, it is not just about looking and feeling good as getting dental braces fixes your bite which means it is easier to brush and clean your teeth. Cleaner teeth will have less cavities that can cause plaque and tooth decay. Therefore, the cost is worth whatever the price.

When choosing an orthodontist for this treatment, find the one that is close to your home or work so that you can save time and money on transportation. Moreover, look for specialists with excellent reviews. Our team has the expertise and education to make sure that the dental braces are of the highest quality and will work as expected. We accept PPO and Medicaid and offer in-house financing. See what offers we have for our neighbors for Metal Braces.

How much do Metal Braces Cost in McKinney, Texas?

Cost for Metal braces is estimated to range from $3,000 to $ 7,500. The price includes the first set of retainers. On average, Metal braces cost slightly higher than Invisalign clear aligners. Insurance may pay up to for Traditional braces.

Our orthodontics procedures include:

Highland Oak Dental believes that Texas Orthodontics should be the very best so we offer high-quality treatments for our neighbors nearby. Have a look at the other Treatments we offer in McKinney, TX and give us a call!

Experience the TX difference in Orthodontic Care for McKinney

About Educational Institutions in McKinney, TX

Colleges
McKinney is the home of the Central Park Campus of Collin College near the city’s center at US 75 and US 380, which opened in 1985 as the initial campus for the community college district. The Collin Higher Education Center campus of Collin College opened in southern McKinney in 2010 and offers select bachelor’s, master’s, and doctoral degree programs in partnership with Texas A&M University-Commerce, Texas Woman’s University, The University of Texas at Dallas, and the University of North Texas.

How much does Metal braces cost with insurance in McKinney?

Since metal braces are treated as a cosmetic procedure by insurance providers, you’ll have a hard time finding insurance companies that can cover for orthodontic treatment. If you did find one, you’ll still have some out-of-pocket costs. Policies that do cover the Cost of Metal Braces can reduce or more on the final cost.

How much does Metal braces cost without insurance in McKinney?

Are Metal braces cheaper in McKinney?

Are Metal braces bad for you - McKinney?

Dental braces are not bad for you since this type of treatment is made to correct problems of teeth alignment. When you fail to brush your teeth thoroughly and properly, that’s when your treatment can develop problems such as cavities, tooth decay, and gum diseases.