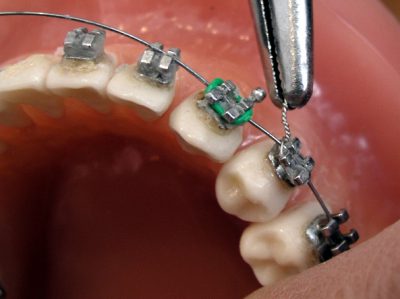 For the first 125 years of its history, McKinney served as the principal commercial center for the county. The county seat provided farmers with flour, corn, and cotton mills, cotton gins, a cotton compress, and a cottonseed oil mill, as well as banks, churches, schools, newspapers, and from the 1880s, an opera house. Businesses also came to include a textile mill, an ice company, a large dairy, and a garment-manufacturing company. The population grew from 35 in 1848 to 4,714 in 1912. By 1953, McKinney had a population of more than 10,000 and 355 businesses. The town continued to serve as an agribusiness center for the county until the late 1960s.

Both the city and the county were named for Collin McKinney, signer of the Texas Declaration of Independence, and a congressman for the Red River district of the Republic of Texas. He was the author of a bill establishing counties in the northern part of the state.

How long will treatment take at your office in McKinney?

How often will I come in for an appointment at your McKinney office?

Will I be able to play sports/ play my instrument during treatment in McKinney?

Is orthodontic care very expensive with your orthodontist in McKinney?