Contents: Am I a good Candidate? | Price?

What are dental bridges? 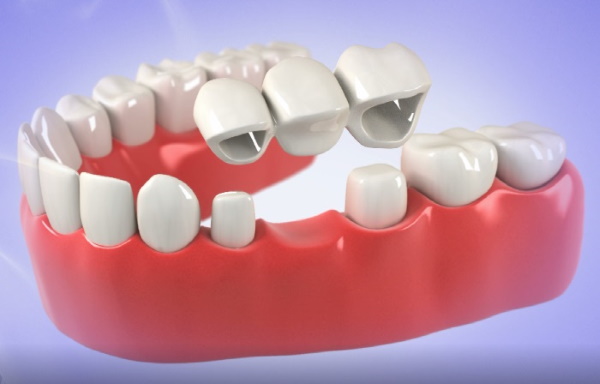 Dental bridges dental appliances that are in fixed position which is used in Restorative dentistry service to replace the natural missing teeth by getting support from the adjacent healthy teeth one the left or right side of the gap. The teeth that support the bridge are known as abutment while the ones that fill the gap are known as pontics. Compared to conventional removable dentures, bridges remain in a mixed position and it can only be removed by the dentist when needed.

Why do I need a dental bridge?

When a fixed tooth falls out, its surrounding teeth may drift into the gap causing it to til or cause additional problems in the future. The teeth can shift position which may affect the bite, put stress on the teeth and jaw joints. The teeth are also susceptible to decay because its current position is making it harder to clean. Moreover, the jawbone can shrink which can cause sunken cheeks and distorted lips. A bridge will make a great replacement for missing teeth or teeth and prevent the above problems from happening. It also allows you to have a complete set of teeth.

Dental bridge Near Me cost in Carrollton

The price for Dental Bridge will depend on the type of bridge, materials used, and additional dental work needed. In terms of materials, an all-porcelain bridge is more expensive than metal or porcelain-infused bridge. Some insurance companies may be able to cover a part of the cost, but you’ll still end up paying for the rest of the treatment cost.

Cost for a dental bridge is estimated to range from $1,500 to $5,000; depending on the type of bridge you select. In Dental Bridges TX A Traditional teeth bridge typically costs between $2,000 - $5,000 for a pontic and a crown for each abutment tooth. Maryland teeth bridges vary between $1,500 and $2,500 for one pontic.
This can be affordable as dental insurance does help pay for tooth bridges. Price increases for an all-porcelain bridge than for a metal or porcelain-fused bridge.

Carrollton is a city located in the center of the Dallas-Fort Worth area and is home to over 119,087 residents which made it the 23rd most populous city in Texas. The City is situated on Interstate Highway 35 East just 14 miles north of Downtown Dallas. Once an agricultural-based community, Carrollton has grown into a thriving residential and corporate community. There are over 15,000 local businesses in the City. It is also the headquarters of major corporations like Jokari, FASTSIGNS International, Inc., SECURUS Technologies, Heelys, Inc., Woot Inc. (Subsidiary of Amazon), Motel 6 (G5 Hospitality), and Halliburton. Carrollton’s economy is heavily driven by wholesale trades, manufacturing, and construction trades. Finance, real estate, and insurance are also among the biggest economic sectors that contribute to the City. The City also has an ideal location and is in close proximity to big cities. Thanks to this, major shopping centers, restaurants, and big amenities are easily accessible.

The City of Carrollton has continuously received awards and placed among the top like the “Most Lean Government” by Dallas Business Journal in 2017 which the City was ranked 2nd, placed as one of the “Best Places to Raise a Family” by SmartAsset in 2017, one of the “Safest Texas Cities” by Safe Homes in 2017, placed 15th as “Most Recession-Recovered Cities” by WalletHub in 2017, Most Economically Diverse City by WalletHub in 2015, and placed as One of the Best Cities for First-Time Homebuyers by WaleltHub in 2015.

Carrollton offers excellent restaurants with menus of genuine Italian, Continental, Mediterranean, Japanese, Thai, Mexican cuisine. Downtown Carrollton is also a historic place where numerous retail and restaurants are located. Covering over 1,230 acres, the City’s park is among the highest land per capita in the Metroplex. (Source: Wikipedia)