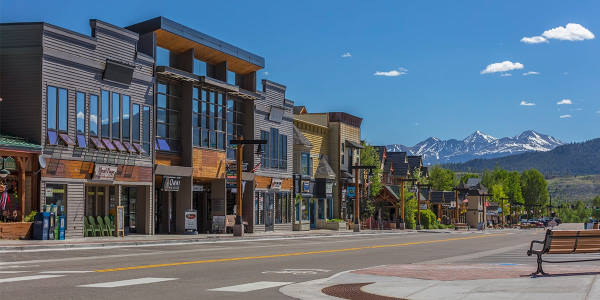 Three decades of residential and commercial growth, the City of Frisco is still developing into a good community. Located in Collin and Denton Counties, Texas, Frisco serves as a bedroom community for professionals who work in DFW. With an estimated population of 203,794 as of November 2020, Frisco was the fastest-growing city in the United States in 2017, and also the fastest-growing city in the nation from 2000 to 2009.

The City of Frisco features a lot of amenities including 1,600 acres of park land and 90 miles of hike and bike trails, 5 professional sports teams, future home of the PGA of America’s headquarters, shopping stores, restaurants, and museums. Since 2003, Frisco has received the designation Tree City USA by the National Arbor Day Foundation. In 2018, Frisco topped MONEY Magazine’s prestigious list of the “50 Best Places to Live in America”.

Ranked as #1 in job growth among U.S. mid-sized cities in October 2019 by WalletHub, Frisco has a median household income of $116,884 and a pre-COVID unemployment rate of 3.6%. The City has a steady growth in number of businesses and technology companies.

Frisco has numerous retail properties. Retail establishments and restaurants line Preston Road, one of the major north-south traffic arteries in the City.

Frisco Square, which has about 250 rental residential units, seven restaurants, and about 40,000 square feet (3,700 m2) of commercial office space, became the new downtown along with the city hall. The major development in the project is the new city hall and main library and a public commons. A Cinemark theater opened in December 2010 and the Medical City Plano-Frisco, a hospital which was built north of the theatre, opened in 2012.

The City’s tax rate of $0.4466 represents one of the lowest property tax rates among Texas cities with a population of 50,000+.

Frisco is home to numerous sporting venues such as The Dr Pepper Ballpark, a 10,316-seat baseball stadium, which was named the best new ballpark in 2003 by BaseballParks.com. It has received the 2003 Texas Construction award for Best Architectural Design. On the other hand, Toyota Stadium, also known as the “Pizza Hut Park”, is a 20,500-seat stadium which was opened in August 6, 2005. It is primarily used as a soccer stadium by FC Dallas, but also hosts concerts, local high school and college football games, such as the NCAA Division I-AA (FCS) college football championship and the NCAA Division I (FBS) Frisco Bowl.

Formerly Dr Pepper Arena, the Comerica Center is a combination hockey and basketball venue. It is the home of the Texas Legends of the NBA G League and a practice facility for the Dallas Stars of the NHL. The Ford Center at the Star, a 12,000-seat indoor stadium, serves as the Dallas Cowboys’ practice facility, host to high school sporting events, and home to the Dallas Rattlers.

In April 2011, Men’s Journal named Frisco the Best Place to Raise an Athlete.