Dental implants are replacement tooth roots, and they are meant to replace the function of the damaged or missing natural teeth. They allow the patient to bite and chew normally, and it prevents jawbone deterioration. Let us explore the cot and value of this type of restoration and compare that to other tooth replacement options.

Contents: How much | Insurance coverage | Good Investment? | Save money | FAQ

How much is a dental implant placement in Frisco? 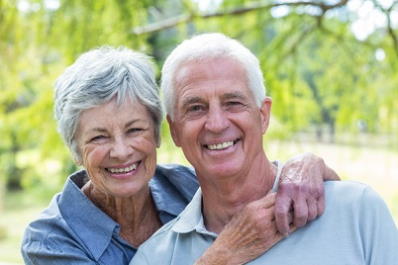 Cost for a single tooth dental implant is estimated to range from $3,000 to $4,500; according to The New York Times and American Academy of Implant Dentistry.

Cost of full mouth dental implants vary between $3,000 and could go over $50,000. This cost includes an implant, abutment and the implant crown.

This can be expensive and dental insurance may help pay for implant crown.

At Highland Oak Dental, you can expect to pay much less than that.

How much does insurance pay for a single tooth implant?

Unfortunately, not all insurance providers can cover dental implants because it is considered a cosmetic procedure. However, treatments like extractions or restoring the upper or lower jaw so that you can eat or speak normally can be covered. Check your plan for dental implants cost with insurance. Many dental implants can cover the cost, but its annual reimbursement is about $1,500 – this amount hasn’t changed for decades. This may be enough to cover half the cost of a single implant; thus, you’ll end up paying the rest.

How much does dental implant repair cost?

Highland Oak Dental accepts most PPOs in Frisco, Texas. We have many years of experience working with insurance companies, and our Benefits Coordinator will be happy to assist you. We will check our benefits and maximize what is covered. We’ll also file the insurance paperwork on your behalf to fully cover your benefits and get the most value.

How much for a dental implant in a day?

A same-day dental implant is an excellent solution if you are in need of immediate replacement, particularly when its due to an accident or tooth loss. The price will include the surgical procedure and the cost of the implant, crown, and abutment. Another factor that will affect its price is that it is fabricated in a day. In 2020, the cost will range from $1500 to $6000. Having a tooth in one day has never been this efficient. Read about same day implants.

Is it a Good Investment?

Studies from the American Academy of Implant Dentistry showed that the tooth implants are more price-competitive when compared to dentures and bridges, as it is the best treatment for long-term use. These are some of the factors that compare implant-supported dentures and removable dentures. Read more about denture implants.

To some, getting dental implants may seem like a luxury or an unnecessary expense as there are cheaper alternatives for tooth replacement. However, getting implants is the closes to achieving the same look and function of natural teeth. The cost definitely outweighs the benefits, so here we list some ways to save money on implants.

If you are near Frisco, Schedule an Appointment with us immediately so we can answer any questions you might have about the procedure and its costs. Don’t let the price of the implant sway you away from this life-changing restoration.

In Frisco How much does dental implant cost with insurance?

It depends on the type of insurance but in most cases coverage is minimal. Dr. Shiney George DDS advises patients to check with their plan for specifics because there are plans that do cover it. Our benefits coordinator can also check your benefits for you and see what is covered.

In Frisco How much is dental implant a month?

The monthly cost of a dental implant is determined by the overall cost of your procedure and the length of time you plan to pay for it. You should anticipate to pay at least $99 for a period of 30 months. The cost may also be $200 for 20 months with or without a down payment in the upper level. Please discuss your financial options with your doctor.

Dental Implant Cost Near Me in Frisco

Picking a dentist convenient to where you live or work or go to school is essential when you are trying to save time and money. There may be a few treatment or follow up appointments in addition to routine visits later. Having your dental office nearby will make things easier. Look for a specialist with excellent reviews for dental implants and one you feel comfortable with.

Frisco is a city located in Collin and Denton counties and is included in the Dallas-Fort Worth Metroplex. As one of the fastest-developing cities in the county, Frisco is home to over 207,748 residents as of 2020. The City has been designated as a Tree City USA by the National Arboy Day Foundation in 2003. It is also home to Frisco Independent School District which is a famous local school district thanks to the students’ excellent performances. Frisco offers a lot of amenities, park land that covers about 1,600 acres, 90 miles of hiking and biking trails, shopping centers, excellent restaurants, and historic museums. Thanks to its vibrant and friendly community, Frisco was ranked 1st as the “50 Best Places to Live in America” by Money Magazine in 2018.

Frisco’s economy is highly driven through retail. Several retail firms are located in the City like Stonebriar Center, The Start (headquarters of the Dallas Cowboys), Preston Road (one of the primary north-south traffic arteries in Frisco), IKEA (a 165-store regional mall), and many more. Additionally, the City was placed as the top 1 in job growth among the country’s mid-sized cities by Wallet Hub in 2019.

The City of Frisco houses numerous sports venues which are mainly the headquarters of several major sports teams. It houses a 10,316-seat baseball stadium, Riders Field which was entitled as the best new ballpark in 2003 by BaseballParks.com and achieved the Texas Construction award for Best Architectural Design in the same year. Toyota Stadium, also known as the “Pizza Hut Park”, is also located in the City. It is a 20,500-seat stadium used as a soccer stadium by FC Dallas. Concerts as well as local high school and college football games are also regularly hosted there. Being home to a number of major sporting venues, Frisco was named as the “Best Place to Raise an Athlete” by Men’s Journal in April 2011. (wikipedia)

Dr. George’s Dental Affiliations Dr. George is highly educated and experienced in providing dental care. She provides the dental care you and your family need to reach healthy smiles. Read more about our Team.